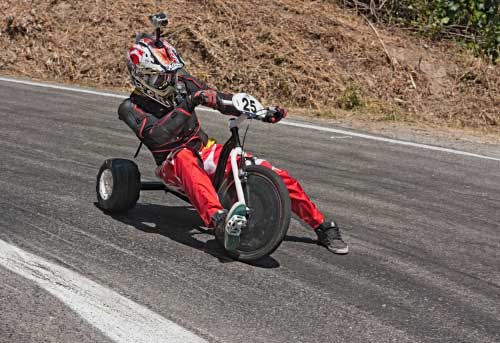 We all can attest that drift trikes are one of the most fun vehicles to use. There are times I want to get myself and the kids a drift trike.

But, I have always wondered about the laws regarding the “legality” of trikes in Australia. My curiosity led me to my research, and I discovered that many people have been asking the same question, “are drift trikes legal in Australia.”

Nevertheless, I will share with you my findings on the use of drift trikes in Australia. In addition, you will also get to know about different cycling rules affecting cyclists and the standard requirements for using them in Australia.

Generally, you can say that all-age cycling and drift trike riding are legal in the Western part of Australia. Anyone with a bicycle or drift trike can cycle on the footpath as long as they keep to the conditions and guiding principles.

For instance, before you begin any ride on a drift trike, there are a few things to note;

Before knowing the standards and requirements for drift trikes usage in Australia, you need to understand its use. As a general claim, bicycles or trikes are legal vehicles with two (or more) wheels – propelled by human power through a chain, gear, or belt.

Universally, you can consider electric bikes, tricycles, penny-farthings as all bicycles (1). However, any vehicle, petrol-powered or not, that does not meet the e-bike outlined requirements are illegal for public use.

Earlier in 2021 (January 22nd), the Australian government issued an update to the requirements for e-bike permission. The update featured new safety measures that will ensure any e-bike on the road causes no danger to other drivers and riders.

Furthermore, in terms of permitted motorized e-bikes/trikes usage, there are two types;

The idea of these permitted types of e-bikes is to assist the rider and not to take over. This means that the motor would never operate by itself but by the rider. The e-bikes will only help make the ride easier and smoother.

All vehicles that have power-assisted motors electrically should have a maximum continuous power rating of 250 Watts. However, there are a few guiding principles with the power output;

Unlike the electrically powered cycles, the power-assisted bikes assist the rider, but the means of propulsion remain solely by the pedals. Unfortunately, for you to use these vehicles in Southern Australia, only two categories have legal authorization for use (2).

First, the power-assisted motorized drift trike should have an electric motor with a maximum power rating of 200 watts controlled by an accelerator throttle. In addition, the total weight of the trike must be less than 35kg (batteries included).

There are specific rules that all riders of bikes/trikes must follow. And these rules do not affect the rider’s license to ride or vehicle registration. Some of these rules governing power-assisted bicycles on the road include;

Based on research and earlier stated information in this article, it is clear that the answer to “are drift trikes legal in Australia” is yes and no.

However, as long as the drift trike meets all the required and mentioned standards for road use, you can consider it legal. But, if riders go against these rules in any aspect, they would have to suffer the consequences of “illegality.”

This increased speed, in turn, affects the braking effectiveness and efficiency. So, for instance, with these petrol-powered trikes, the braking speed takes longer to bring the bicycle to a halt – which can be dangerous on footpaths.

Going by drift trike manufacturers, these vehicles are not for public road use (3). The designs make them suitable to function on only designated drift trike tracks.

Furthermore, you consider the safety of other road users because if a trike exceeds the GVM (Gross Vehicle Mass) of 1000kg (4), it is no longer classified as a tricycle. You can then term them as MC, MA, or NA ADR vehicles.